Help Save Historically Black Colleges and Universities (HBCU) ... Urge your Member of Congress to Support H.R. 1123! 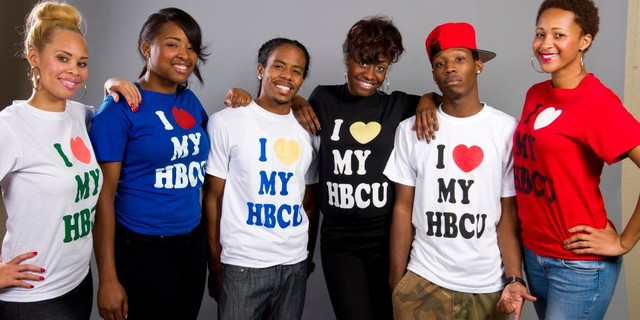 On Friday, May 5th the White House issued a statement during the signing of the FY 2017 Omnibus Appropriations Act, which included a reference that the Historically Black College and University (HBCU) Capital Financing Program may be reviewed for its compliance with the Constitution has caused concern throughout HBCU campuses and alumni circles.

The provision in President Trump’s signing statement regarding this critical HBCU program may simply be lawyers at the Office of Management and Budget being overly cautious and perhaps not fully understanding the legal basis for federal HBCU programs. However, these programs have been thoroughly vetted by the Congress and prior Administrations, and the new Administration must eliminate any doubt as to their Constitutionality.

Reclassifies the “escrow account” as a “bond insurance fund.” HBCUs participating in the Capital Financing Program currently pay a fee that is assembled into an “escrow account” to pay for any loan defaults or delinquencies. This change would allow more public institutions to participate in the program.

Provides additional support to institutions interested in participating, but unable to meet the program’s financial requirements. The bill will allow the Department of Education to offer financial counseling, in addition to the technical assistance already provided.

HBCU’s have had a history of struggles with unequal government funding.  The HBCU Capital Financing Program, administered by the U.S. Department of Education, provides low-interest loans to HBCUs to finance infrastructure improvements on their campuses. Specifically, the program has enabled more than 40 public and private HBCUs to repair, renovate, and construct classrooms, libraries, science laboratories, and dormitories, helping to ensure that HBCU students can learn in modern facilities with modern equipment and up-to-date technology that is essential in today’s economy.

The HBCU Capital Financing Program is authorized under Title III, Part D of the Higher Education Act (HEA), which also authorizes federal grants to HBCUs for operating assistance and endowments under Title III, Parts B and C. The designation of institutions that are eligible for Title III federal assistance has been settled for over 50 years, since the enactment of the HEA in 1965. Eligible institutions must meet statutory criteria, not based on race, but rather on mission, accreditation status and year the institution was established. Today, 101 HBCUs qualify for this assistance, many of which have a racially diverse student enrollment, faculty and staff.

Why should you sign this petition? There is an overabundance of evidence, put before Congress every time the Higher Education Act is reauthorized, that the return on investment in the HBCU Capital Financing Program far exceeds the capital outlay.  For example, the expected $20M investment in the HBCU Capital Financing Program, should yield $280M in loans. The investment provides insurance on bonds to finance construction, rehabilitation, and the refinancing of HBCU facilities, much of which would be impossible without the financing, owing to the small size of their endowments, roughly one-eighth (1/8) the average size of endowments of historically White colleges or universities, and the attendant inability of many HBCUs to access the best loan terms and conditions.