Fundraiser for Brandon and Torrey

Posted by Jasper Hendricks 166sc on · Add your reaction 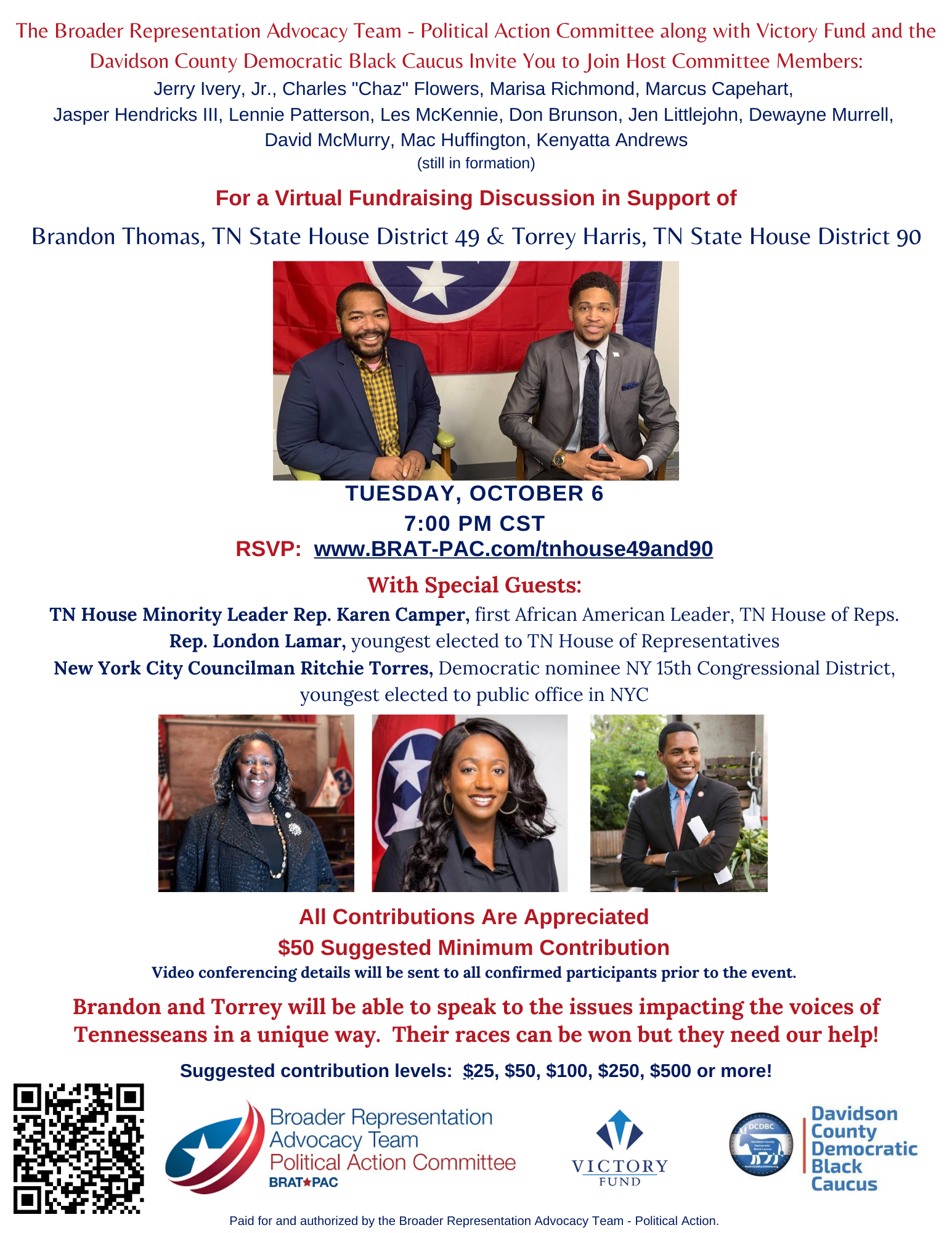 Invite you to join us for

In response to the increase of voter suppression laws and the implementation of “anti-free speech laws” along with Gov. Lee's unwillingness to meet with Black leaders/groups in the state, we need to help elect young Black representation to the TN General Assembly.

Brandon and Torrey will be able to speak to the issues impacting the voices of Black communities in a unique way. The changing demographics of the 49th district makes Brandon’s race a Democratic pickup. Torrey’s campaign is different in that he is running against the 20+ year incumbent who is running as an independent that was disqualified from the primary ballot because of votes against key issues such as public education funding and equal rights.